Other Sellers on Amazon

$51.48
& FREE Shipping on eligible orders. Details
Sold by: One Global Market
Have one to sell?
Sell on Amazon

Track your books
Bring your club to Amazon Book Clubs, start a new book club and invite your friends to join, or find a club that’s right for you for free.
Explore Amazon Book Clubs
Flip to back Flip to front
Listen Playing... Paused   You're listening to a sample of the Audible audio edition.
Learn more
See all 2 images 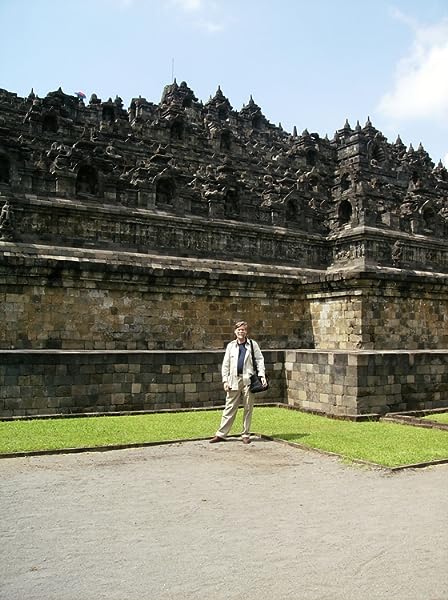 Unholy Alliance: A History of Nazi Involvement with the Occult Paperback – May 24, 2002

There is a newer edition of this item:

Unholy Alliance: A History of Nazi Involvement with the Occult (New and Expanded Edition)
$21.97
(25)
In Stock.

Enter your mobile number or email address below and we'll send you a link to download the free Kindle App. Then you can start reading Kindle books on your smartphone, tablet, or computer - no Kindle device required.

To get the free app, enter your mobile phone number.

"Unholy Alliance is a treasure of scholarly details about the relatively unelucidated chamber of history where the Nazi Party and a number of higher practitioners of the occult came together and flew apart. So it is a book of startling and sinister coincidences, of murder, magic, and mysterious questions there for us to pursue. Needless to say, it’s highly readable."—Norman Mailer

"To belittle National Socialism as a criminal conspiracy to dominate the world is more or less the accepted rule. To blame one man for the horrible disasters Germany caused within twelve years...is also common practice. However, there is more to it, and Peter Levenda, in his breathtaking Unholy Alliance: A History of Nazi Involvement with the Occult, has the answers: The Third Reich was deeply rooted in mystical thinking; its philosophical origins go back thousands of years, and millions of people fell under the spell of its occult rites, symbols and teachings....Levenda’s book reaches deeply into the human mind, identifying those dark instincts that draw us to evil and which the Nazis so aptly exploited....Some of the voices heard here today echo the voices Hitler and his gang pretended to hear and used for their apocalyptic purposes. Peter Levenda’s Unholy Alliance makes that shockingly clear."—Hans Janitschek, President, United Nations Society of Writers and Artists

"With humor, courage, an eye for irony and through humble scholarship, Levenda draws the relationship between Nazis, the Vatican, the CIA, anti-Communist organizations...a whole slough of occult societies and our own local yokels. Beginning like a good exciting spy novel in the clutches of a dangerous Nazi hideaway in Chile called Colonia Dignidad, Levenda...weaves this dangerous locale into his vast documentation and original research from many archives in a sophisticated and thrilling revelation of cults and their victims....Too complicated for Geraldo and too shocking for Oprah and too damaging to large corporate entities like ITT (which financed Allende’s overthrow)....I recommend a serious reading of Peter Levenda’s Unholy Alliance."—Bob Rudner, Chicago Greens/Green Party USA

"Peter Levenda's Unholy Alliance is at once a terrific read, an underground classic, and a major work of investigative reporting. Shinning a bright light on the darkest corners of 'history's basement,' Levenda traces and explicates the origins of Nazi occultism from the theosophical enlightenment of the early 20th century to its recent resurgence in North and South America. Rich in documentation and insight, Unholy Alliance is a profound and fascinating book in the tradition of Louis Pauwel's and Jacques Bergier's The Morning of the Magicians."—Jim Hougan, author of Spooks and Secret Agenda.

“Peter Lavenda offers readers a thorough yet popular history of the occult background and roots of the Nazi movement beginning in the late nineteenth and early twentieth centuries….readers come away from reading it with the feeling that the connection between Nazism and the occult is very real…. Open-minded readers should find this book to be a fascinating look at an underemphasized but key aspect of the Nazi movement in terms of its foundational causes.” –Jim Lewis, Journal of Church and State, Vol. 46, Issue #3, Summer 2004

Peter Levenda is the author of The Secret Temple: Masons, Mysteries and the Founding of America (Continuum, 2009) and Unholy Alliance: A History of Nazi Involvement with the Occult (Continuum, 2002), which has appeared in 6 foreign-language editions.
Tell the Publisher!
I'd like to read this book on Kindle

Help others learn more about this product by uploading a video!
Upload video

4.3 out of 5 stars
4.3 out of 5
46 global ratings
How are ratings calculated?
To calculate the overall star rating and percentage breakdown by star, we don’t use a simple average. Instead, our system considers things like how recent a review is and if the reviewer bought the item on Amazon. It also analyzes reviews to verify trustworthiness.
Top reviews

Top reviews from the United States

Sean A. Heaney
5.0 out of 5 stars Good photos. About to read Mr
Reviewed in the United States on April 19, 2016
Verified Purchase
Fascinating, wide ranging book on Nazi Occultism, well written & documented. Good photos. About to read Mr. Levandas 2nd volume on the subject, from the aftermath of WWII thru the present day.
Read more
4 people found this helpful
Helpful
Report abuse

Kathryn M.
5.0 out of 5 stars Excellent research!
Reviewed in the United States on July 6, 2007
Verified Purchase
Although I could go on and on, like the other reviewers, I'll try to keep this short. Peter Levenda did extensive research for this book, and its obvious looking at the bibliography. There was a lot going on in the world before and during WWII, and this book really opened my eyes as to how many significant events were inspired by the occult and superstitions. I always viewed historical texts focused on this particular time frame as very dry and dull, but this book really got down and dirty with the alterior motives behind all the strategy that took place during those years.

This book was NOT an easy read, however... but it was well worth the effort to stay focused. There was no filler material like most books have - each sentence and paragraph was full of information and detail, so if you drift off into thought about what you just read, you'll miss something important.

I just wish I could buy it in hardback.